Clotho-2 dual channel drives selectable Clio O-SUP and or Thalia A-SUE. Clotho copies the purpose of Medulla in the brain and the heart’s Sinoatrial Node and combines the features with the ability for interaction, programming, and functionality. Clotho take advantage of the build-in Apollon brain and receives real-time signals from pressure, temperature, and displacement Laser sensor. Apollon regulate by positive feedback control a set of proportional valves for the BpM, and the driving force and movement of the elastic Myocardium wall inside the Clio O-SUP or Talia A-SUE. 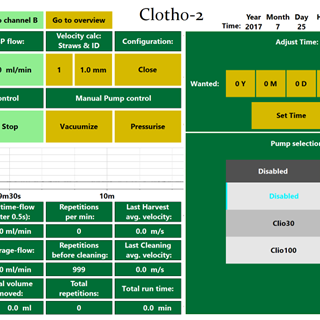 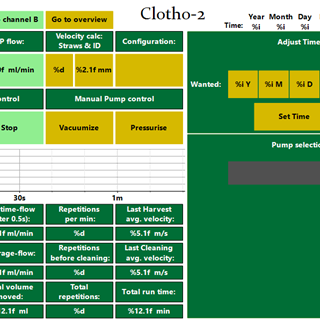 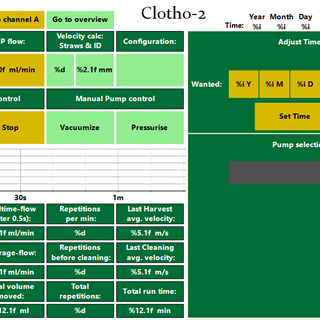 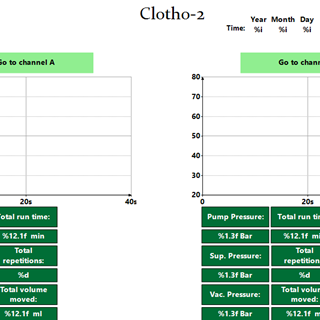 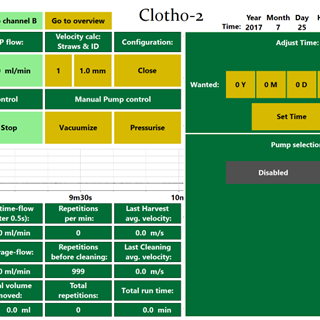 Different screen dump’s of the GUI from Clotho software version A.64 – July 2017 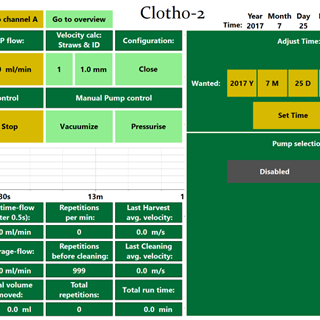 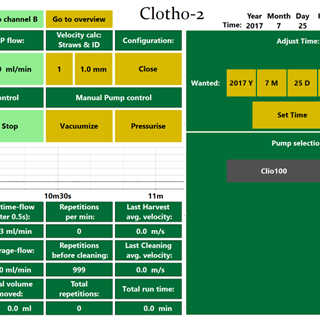 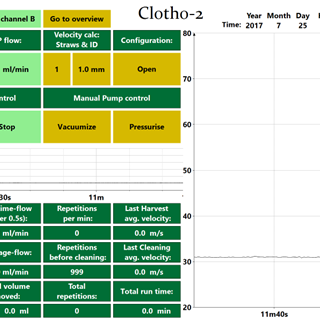 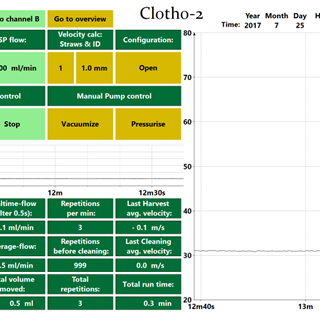 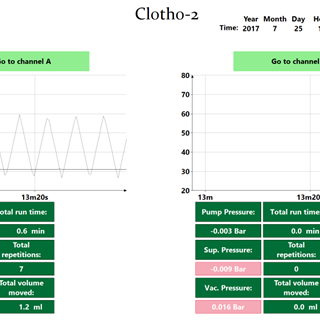 Different screen dump’s of the GUI from Clotho-2 software version A.64 – July 2017

Here is the basics behind the software: