Complicated or detailed question?
E-mail us on info@perfusecell.com and we will get back shortly.

World first small Perfusion-SUB 500 ml Vessel Volume (VV) with SUB dimension OD 82 x 120 mm. Combined with the Thalia-30 A-SUE for alternating exchange of the broth flow along the 0,2 µm pore size Hollow-Fiber-Filter module (HFF). Quite advanced with both pH SUS, DO SUS and even bio-mass Single-Use-Sensor all of classical signal. 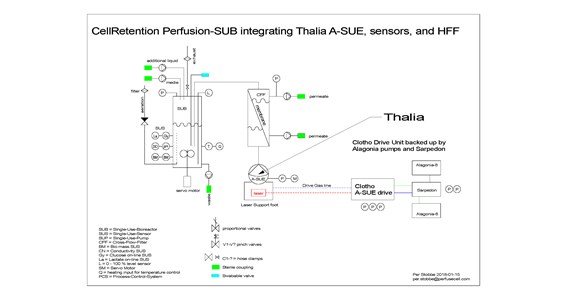 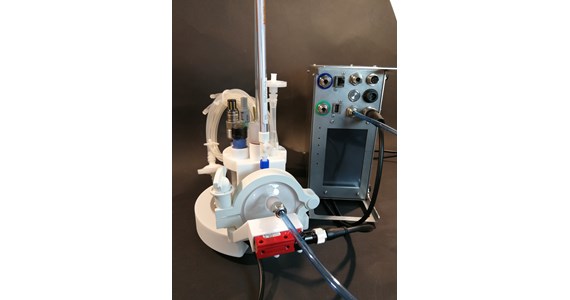 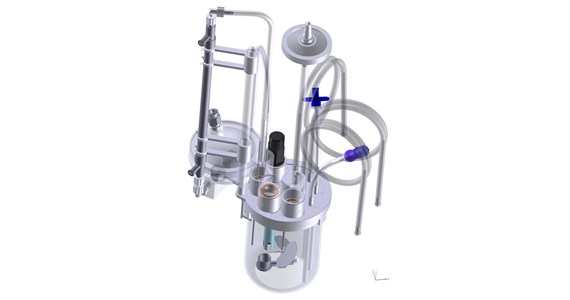 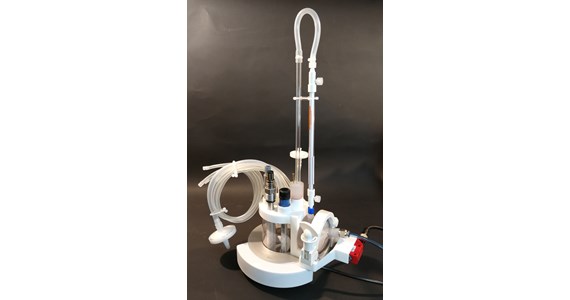 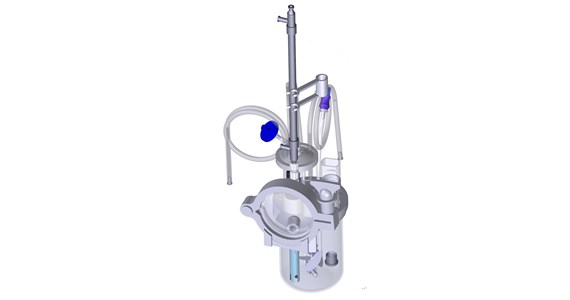 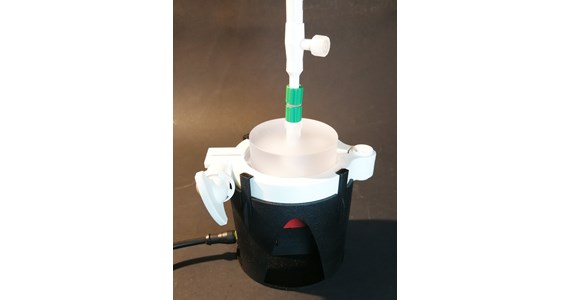 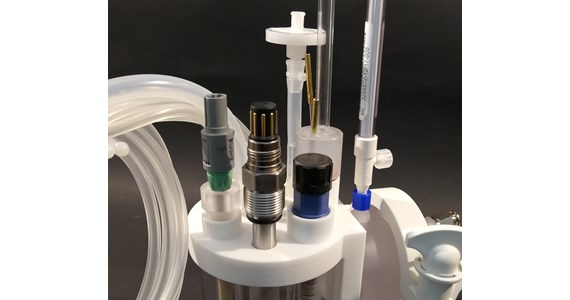 From left: Thalia-30 mounted horizontal in LFT-30 also supporting red Laser sensor from underneath for on-line measuring the position of the diaphragm and hereby full control of both velocity and volume via Clotho Drive Unit. Close-up of the 4 SUS mounted vertically through head plate. VisiFerm is your own 120 mm RUS inserted into VisiWell (SUW).

PerfuseCell as standard offer a dry stored 0,2µm pore size HFF. You can though choose from one of your preferred HFF suppliers. We pre-install whichever HFF you want. We can even install two HFF in parallel – each in series with a manual valve for choice of use.

World smallest Perfusion-SUB able to be operated from any PCS.

You could take a look at Tips&Tricks